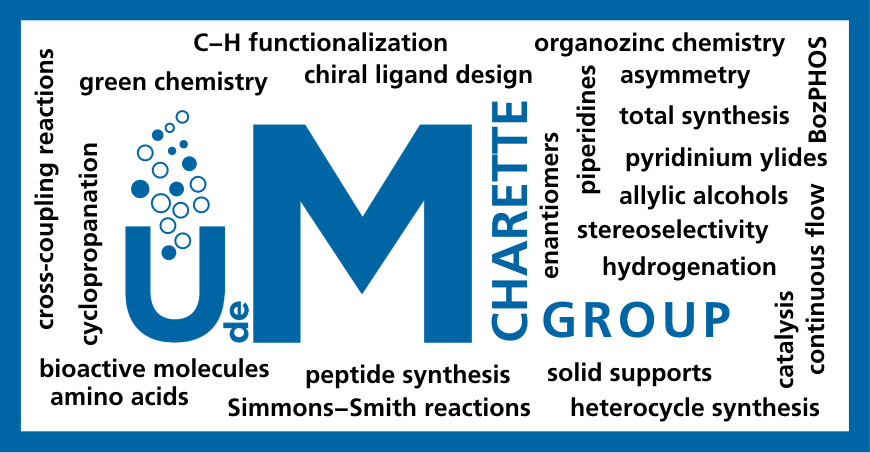 Simple organic molecules are the basic building blocks of an extremely large portion of what is found in nature and in human beings. These three-dimensional architectural masterpieces play a key role not only in the living systems but also in pharmaceuticals and agrochemicals. Furthermore, they frequently constitute the basic units in polymers and nanostructures. The science of organic synthesis is aimed towards developing new ways to generate these precious entities more efficiently and with specific and more varied three-dimensional architectures. Many recent efforts have targeted the development of new environmentally friendly methods that improve the efficiency in which we can make these small building blocks. Despite the dramatic successes of organic synthesis in the last few decades, there still remains much room for improvements on several levels. For example, one cannot always efficiently synthesize everything that is desired, and syntheses of highly complex molecules are time consuming. It is clear that more powerful and general methods of synthesis are needed. Thus, the specific aim of our research program is geared towards the development of new methods for the synthesis of organic molecules through careful control of their three-dimensional architectures. This is a formidable challenge, since atoms within a molecule have the same connectivity but vary only in their three-dimensional relationship. We develop “organic reactions” which act as tools to allow for this desired three-dimensional assembly. Our primary goal is the design and development of new tools (reagents and ligands) that take advantage of the entire periodic table of elements to achieve a given transformation with complete stereocontrol. For example, we are exploring new efficient routes to dihydropyridines, which could be converted to substituted piperidines (important bioactive compounds). The enantioselective cyclopropanation reaction is also a very important area of research since this small building unit is important in natural product synthesis and drug design. The synthesis of natural amino acids, dihydropyrroles and other heterocyclic compounds using efficient catalytic asymmetric methods is also of significant interest to us. Finally, the synthesis of complex natural products is pursued, since this is the ultimate ground to test the efficiency of new synthetic methodologies.

Most of the important molecules found in nature (enzymes, proteins, RNA, DNA, etc.) are chiral and cannot be superimposed upon their mirror image. Yet, these compounds are the most challenging compounds to selectively synthesize due to the inherent similarity between various chemical structures. Normally, when a chiral molecule is produced in the laboratory, the synthesis produces a mixture containing equal amounts of the two forms, but while one form may be beneficial to health, the other may be harmful. We are interested in the development of new chiral reagents and, ultimately, of chiral catalysts to efficiently synthesize new chiral drugs in the form of single enantiomer. The technique used is called “asymmetric catalysis” and is an extremely efficient but still quite underdeveloped way to make one enantiomer. Our research program also aims at developing new and efficient methods for the stereoselective synthesis of compounds containing carbon, hydrogen, oxygen and nitrogen (regio-, chemo-, enantio- and diastereoselective). The proposed methods are selective in such a way that the corresponding structurally related by-products that could be formed in a given chemical reaction are not formed in significant amounts. In order to achieve this, we have to develop more effective tools (reagents) to help us control the specificity of a chemical transformation. The perspective of generating new methods to facilitate access to complex enantiopure products is an extremely important goal. We are concentrating our efforts on the development of new catalysts for cyclopropane formation, for amine synthesis as well as for other pharmaceutically important pharmacophores. The new methods will be highlighted in natural product synthesis. Our CRC Chair is directed towards the stereoselective synthesis of new and potentially bioactive organic compounds by using novel catalytic methods (which speed up the process and make it much more efficient). Those methods should bring significant benefits in many areas, especially in medicine. We develop new tools to speed up drug synthesis and to generate new beneficial chiral molecules. Most drugs are made of chiral molecules, and the molecules are critical intermediates leading to many of the new products in pharmaceutical science, agrichemical science, biology, food science, and materials sciences.

Over the years, we have made significant contributions in the following areas: